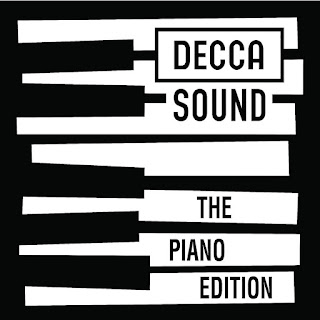 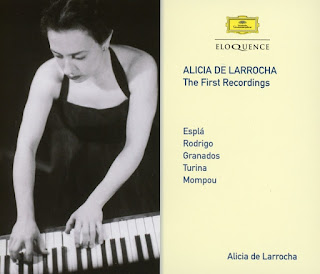 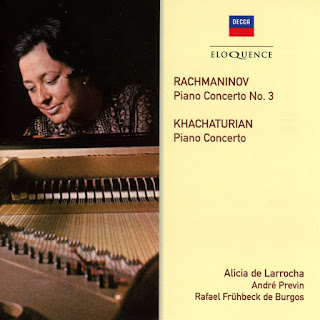 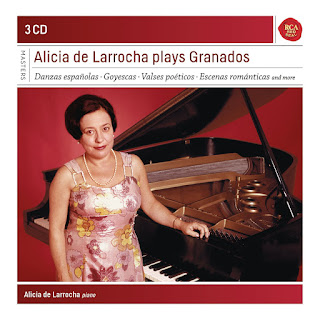 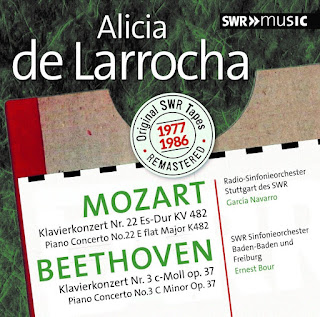 “If there were a grande dame of pianists, it would surely be Alicia de Larrocha. From the onset of her career in her native Spain she attracted critical acclaim for her outstanding technique and musicality; after 1947, her reputation was to spread further abroad. Things weren’t easy for her, however, when she performed in German-speaking cultural centres; she was accused by some critics for not being on the correct aesthetic wavelength for Mozart and Beethoven. But it wasn’t only her performances of Spanish music that set new standards, it was her Mediterranean point of view in particular that facilitated her discovery of wonderful nuances in Mozart’s and Beethoven’s works – as is clearly demonstrated on this recording. Alicia de Larrocha’s artistic poise and musical vision, that achieve inspired insights during these performances of concertos by Beethoven (January 1977) and Mozart (January 1986), are simply breathtaking.

These legendary recordings of Alicia de Larrocha performing Mozart and Beethoven have been digitally remastered from the Original SWR tapes. The Mozart was performed with the Radio-Sinfonieorchester under the direction of Garcia Navarro. The original performance in 1986 proved Larrochas intimate relationship with the works of Mozart. The Beethoven recording was made in 1977 when Larrocha was 54 years old. She performs the work with aplomb, alongside the SWR Sinfonieorchester Baden-Baden und Freiburg, under the direction of Ernest Bour.”